On January 23, 2016, Oscar- nominated filmmaker Josh Fox, fraught with the hard realities of climate change, debuted a new documentary film at the Sundance Film Festival. It asked, what is it that climate change can’t destroy? What is so deep within us that no calamity can take it away? It was nominated for the Grand Jury prize and went on to become one of the most-watched documentaries on HBO, but it was just the tip of a melting iceberg, of something much, much bigger, a confluence of original content informing and educating us about something that can no longer be ignored.

The film screened for tens of thousands of people during its 100 city tour, engaging audiences and infusing the climate movement with much-needed emotion and energy, and Josh Fox emerged as a key voice addressing climate change.

To bring all of this together, Josh and International WOW launched the ‘climate revolution’ rallies, combining screenings of ‘How to let Go’ with political speeches
and music. Thousands turned out in cities like Philadelphia, new York, Los Angeles and Cleveland. 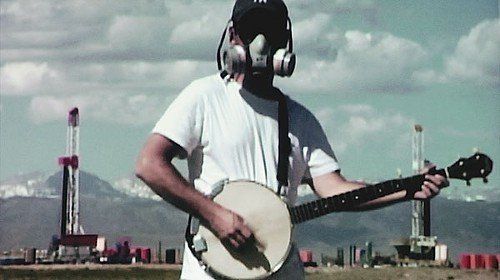 “ONE OF THE MOST EFFECTIVE AND EXPRESSIVE ENVIRONMENTAL FILMS OF RECENT YEARS…” ~ ROBERT KOEHLER, VARIETY The largest domestic natural gas
Apr 28, 2021
1 min read