The final episode of The Truth Has Changed drops today, January 6th. A day we commemorate as the collapse of truth in the United States.

The Truth Has Changed explains how we got here.

January 6th will forever be known as the day that a murderous group of racists, nazis, terrorists and thugs attacked the capitol calling for the blood of our nation’s leaders.

A nation divided to the breaking point. The algorithms of social media that have tilted a nation towards violence are still creating havoc.

A huge section of the population has been permanently divorced from reality.

For years and years, Facebook has fed the population a steady diet of incendiary, divisive falsehood. Facebook elevates the most aggressively biased and conspiratorial posts.  Why?  Because it causes people to fight, which keeps them on Facebook (and Instagram).

We still have not seen legislation or a change to this. Facebook is still distorting reality.  Pushing the lunatic fringe. Pushing hardcore right wing ideas.

Who benefits?  Trump.  Steve Bannon.  The fossil fuel industry.  The very same people who used these techniques to attack climate scientists and fracking activists (not to mention all my films) for over a decade.

Let’s take our country back from the algorithm that has divided us.

They will come at us with terror.  They will do everything they can to make us fear them.

We know what is stronger than fear.  Love.  Truth.  Journalism. Activism. Organizing.

Our final episode is free today for everyone.

Thank you for subscribing.

There are still many bonus episodes and more exclusive content to come as well, but for now, enjoy EPISODE 13: THE WAVE IS US.

Bonus Episode #2: The Earth Is Flat - The Truth Has Changed

This is the penultimate episode in THE TRUTH HAS CHANGED series! Watch it now! If you aren't a paid subscriber
Jan 4, 2022
1 min read
Dec
30 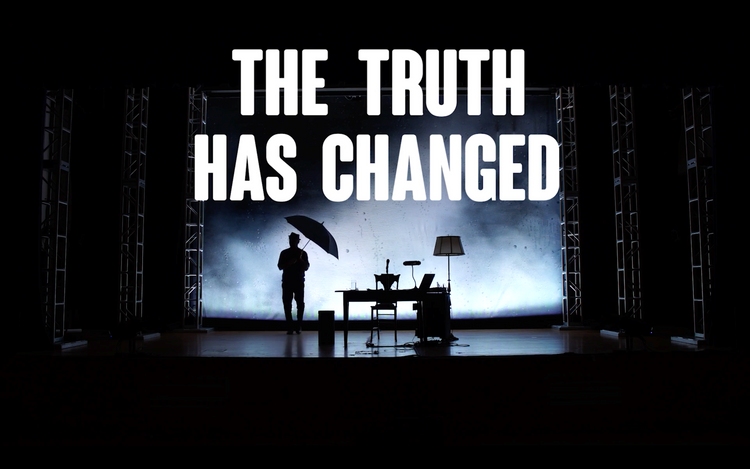 Episode 10: -The Ocean Inside You - TTHC

Episode 10 of THE TRUTH HAS CHANGED is live! We're releasing new episodes every Tuesday and Thursday, to our loyal,
Dec 28, 2021
2 min read